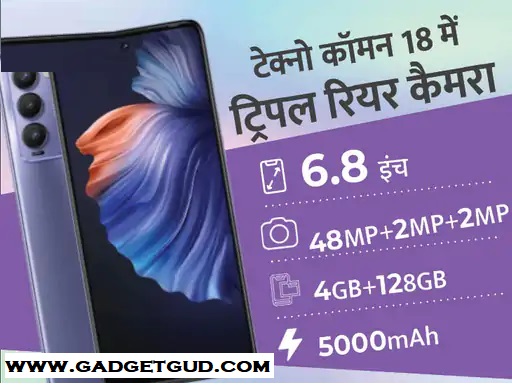 Specifications and features of Techno Camon 18

Techno Camon works on 11 based HiOS Android 18 phones. The phone features a 6.8 inch full HD+ (1080 x 2460 pixels) Dot-in display. In addition, the Techno Camon 18 smartphone is equipped with MediaTek Helio G88 processor, which offers 4 GB RAM and 128 GB storage. The phone has a triple rear camera setup for photography, which has a 48 megapixel primary camera. On the other hand, it includes a 2 megapixel macro lens and is equipped with a 2 megapixel dapath lens.